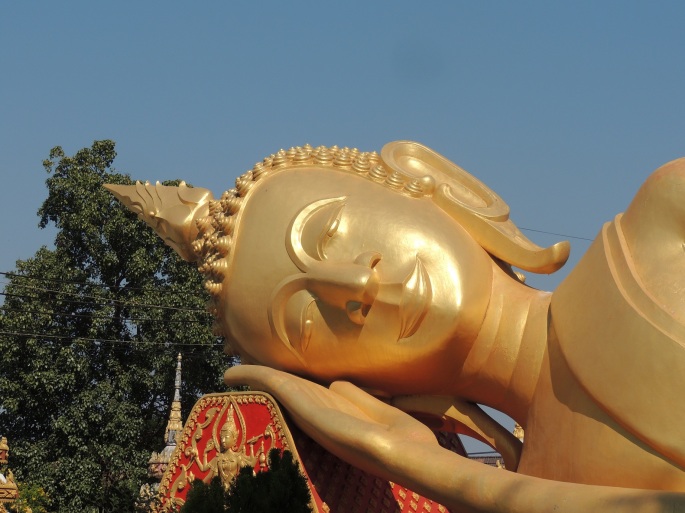 We then went to see some Buddha temples. There are couple of them, concentrated in ne area. One of them was named as “smoke free”. There is a nominal entrance fee. Most of them have a central temple, with large statue of Buddha. Then a rectangular boundary with more Buddha statues. Surprisingly, I did not see any Hindu reference there. Chinese dragon is present everywhere though. 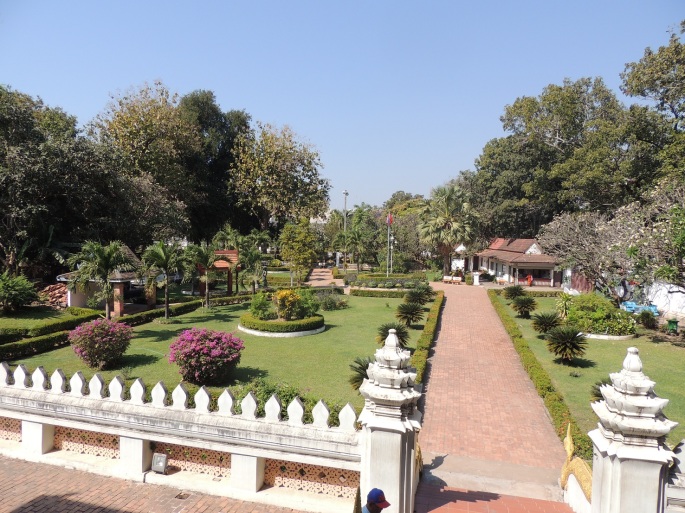 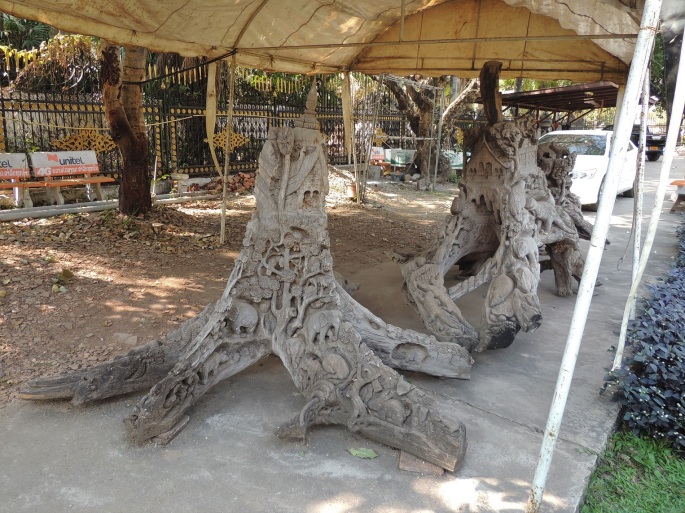 Also, the faces of Buddha were not identical. Each had different features. I did not understand, if that was because they were made by artist from different countries. There wasn’t much written information in English. (And you know, I did not have guide.) Some of the building, were repaired and restored, as recently as year 2016. 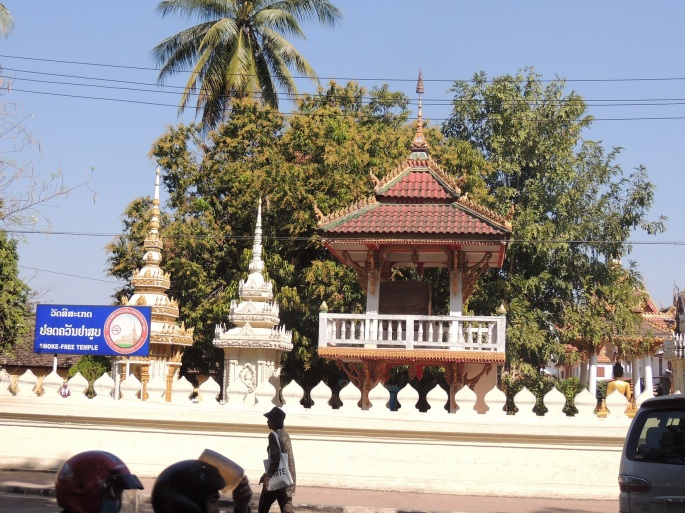 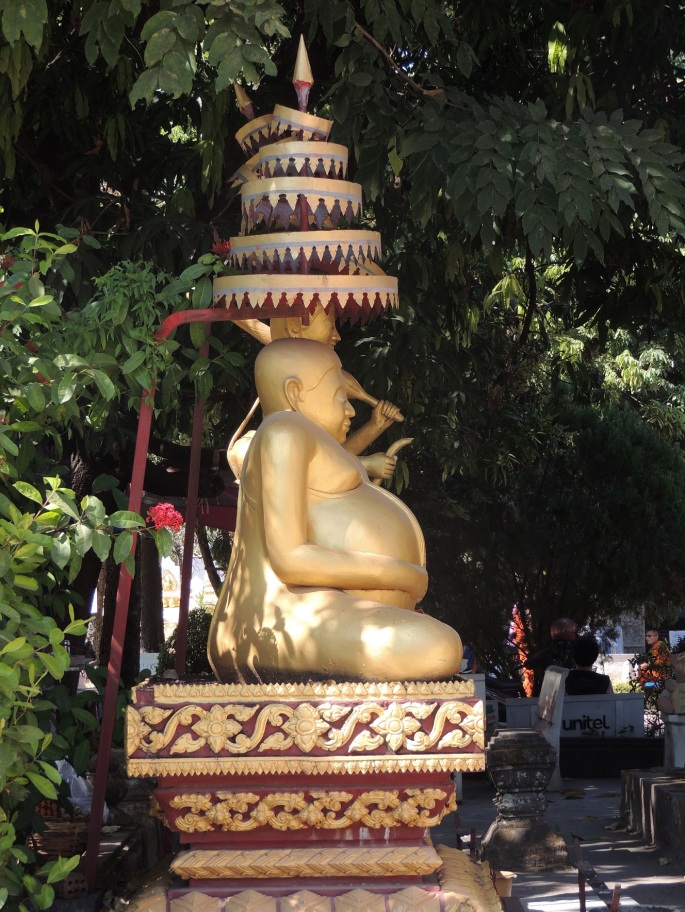 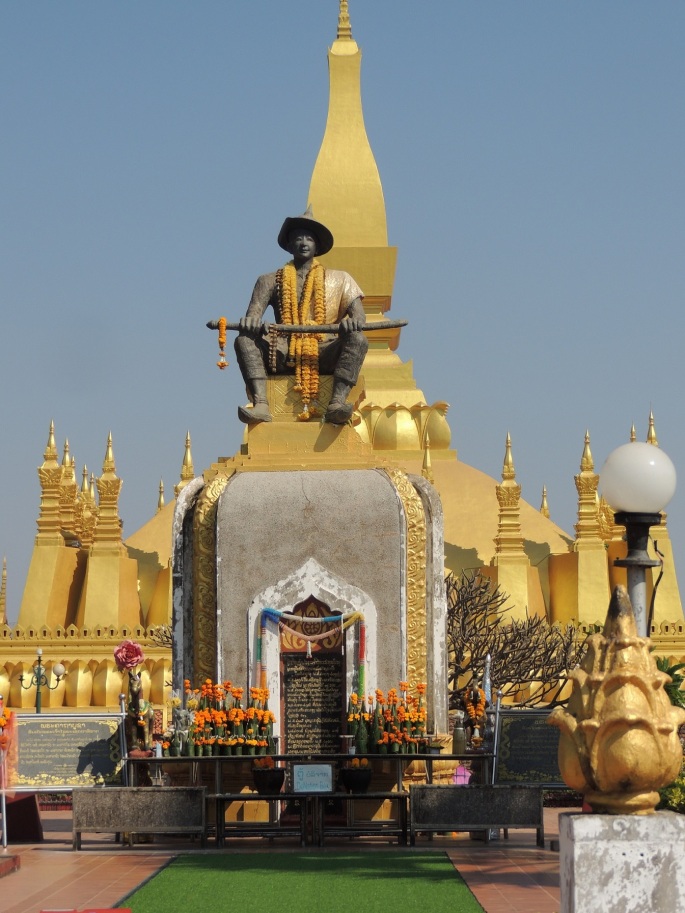 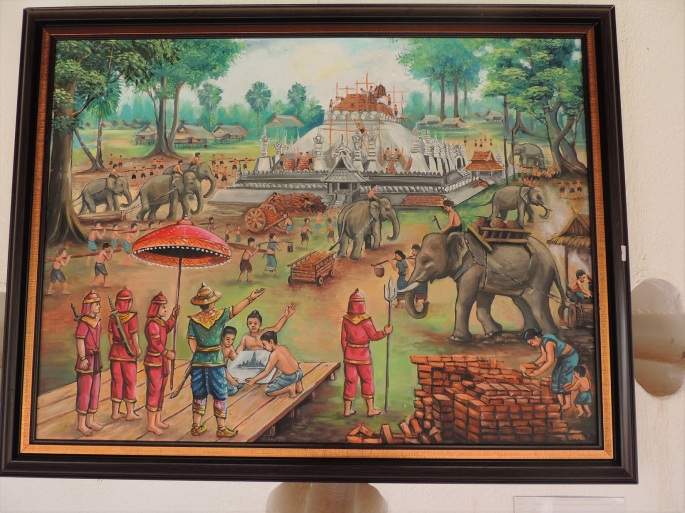 But all establishments were spotlessly clean. There wasn’t much crowd. Or maybe, I was there at wrong time. There was somewhat a modern building, with modern style paintings about Buddha. There were lovely painting on sale too. 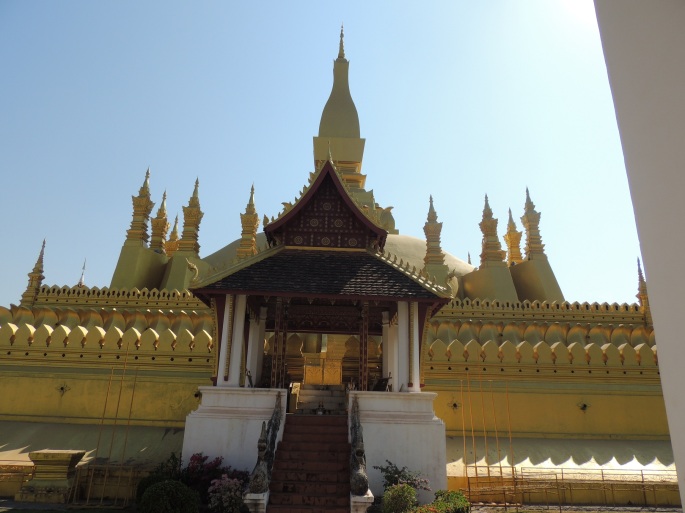 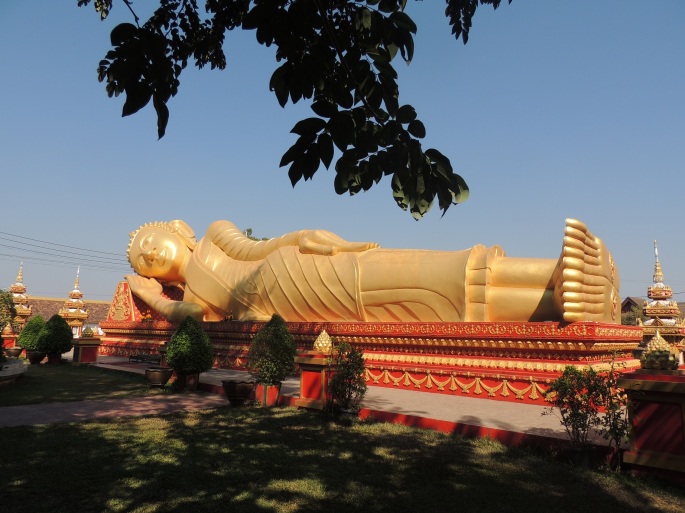 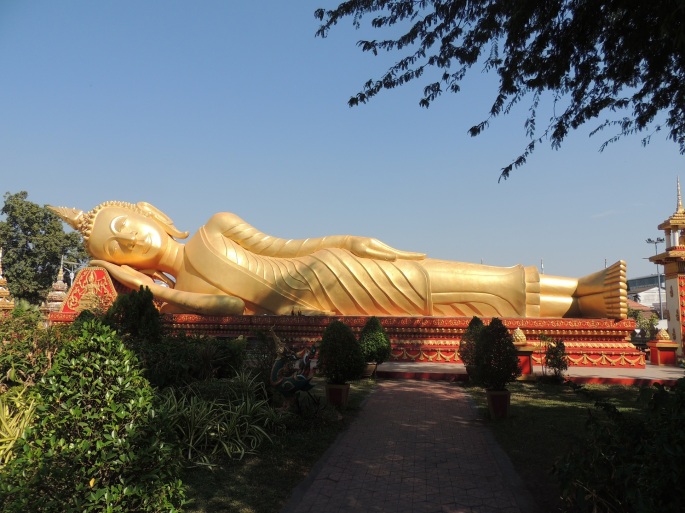 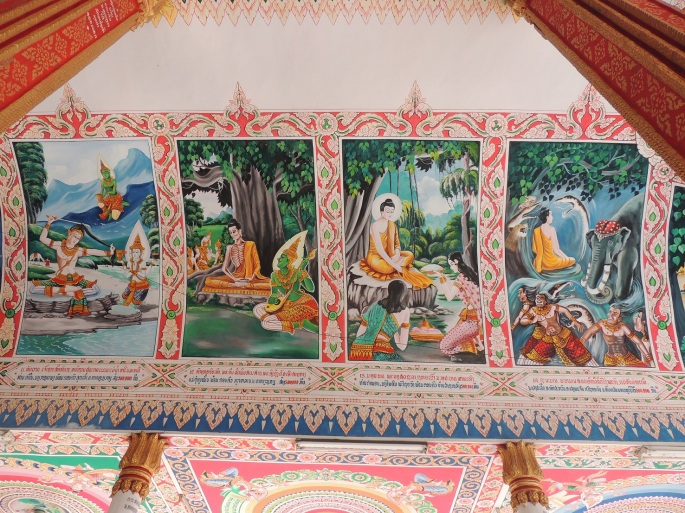 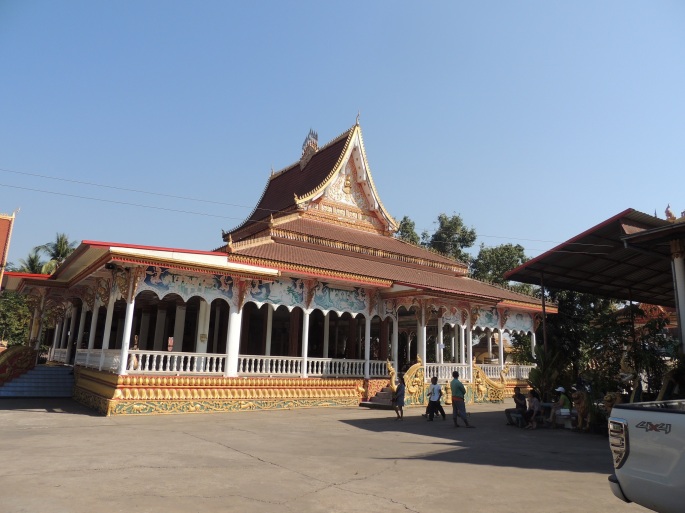 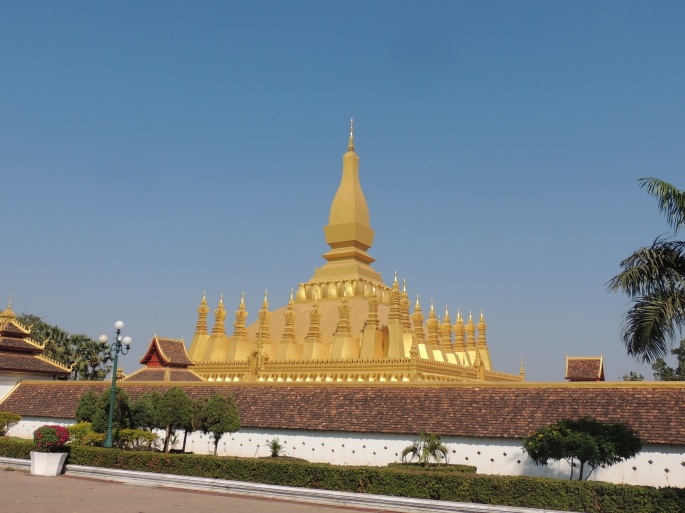 Then we went to Victory Gate. This gate was constructed in year 1962. It is written there, that it was not completed. I did not feel, anything like that. This is a sole structure there. It also does have some elements of Hindu mythology. Today it is a leisure park. 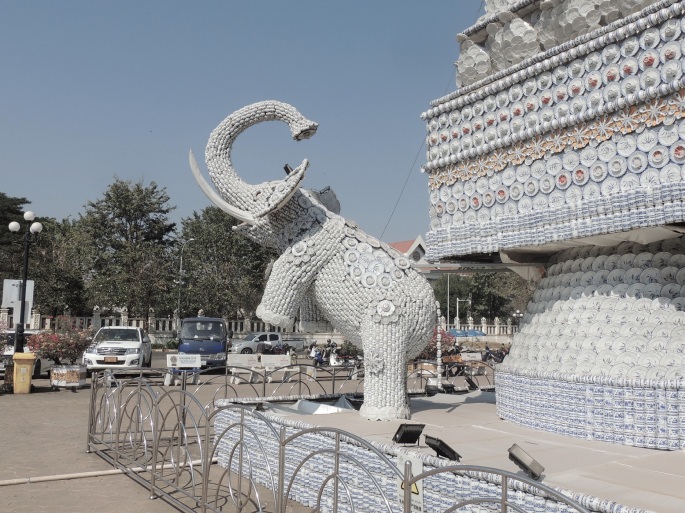 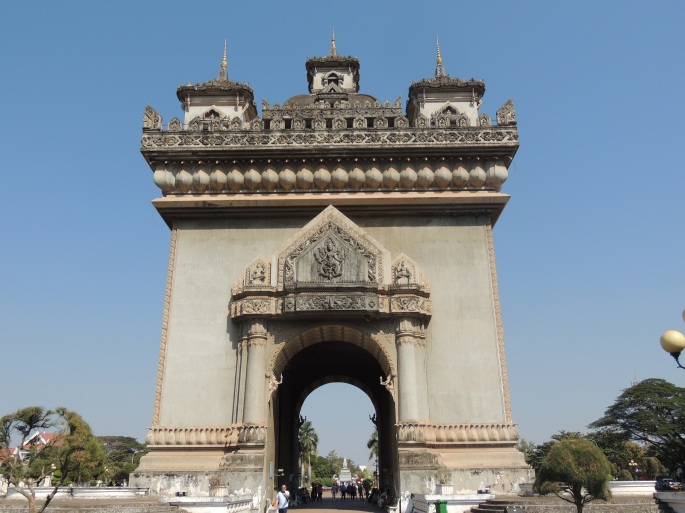 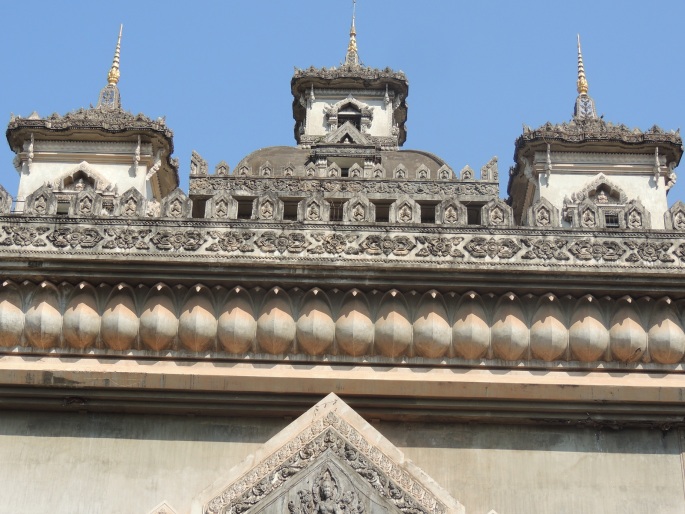 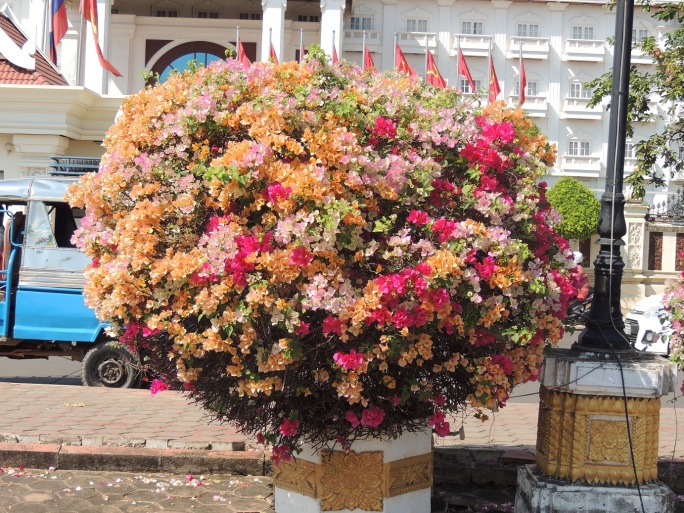 In front of it there is one unusual sculpture made entirely with porcelain dishes, cups, spoons bowls etc. It looks good, but I think it was a temporary display.

We returned to the hotel, much later in the afternoon. The hotel gives unlimited free tea and coffee for it’s guests. Had 2 cups coffee there. 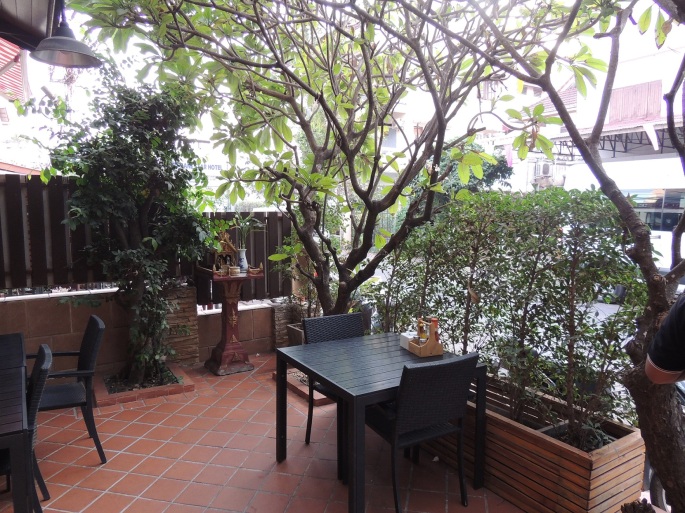 Later in the evening, I went to another Indian Restaurant, by the name, “Taj Mahal”. The food was great and as spicy as any Indian would love it.

Then I went to their “night market”. This is an open area alongside river. It has lot of shops selling garments, shoes and such things. It has a separate food court too. The place is very lively for few hours in the night.

The garments on sale are very reasonable price. The local currency is KIP. And one USD can get you, 8,869 Kips. Hence even if a thing is priced at say, 10,000 Kips, when you convert to Dollars or Rupees, it is negligible amount.

The sellers, mostly girls, are somewhat shy. The prices are written on board in bold letters and they give up very easily, with your little haggle. I selected two Tee shirts, and the lady gave me good discount. But, I was taken aback when I came to know that the original price already included a short and hanger too !  I finished most of my converted money there. As I had already eaten, did not eat there. The fresh fruit juices were, very tempting though.

Next morning, I had my breakfast and had still some time, till my flight. I went for a short walk alongside the river. (The actual river is little away.) It was a very lovely morning. Many of the locals, were out for a walk. The Champa flowers (Frangipani) were blooming everywhere. (This is the national flower of Laos.) 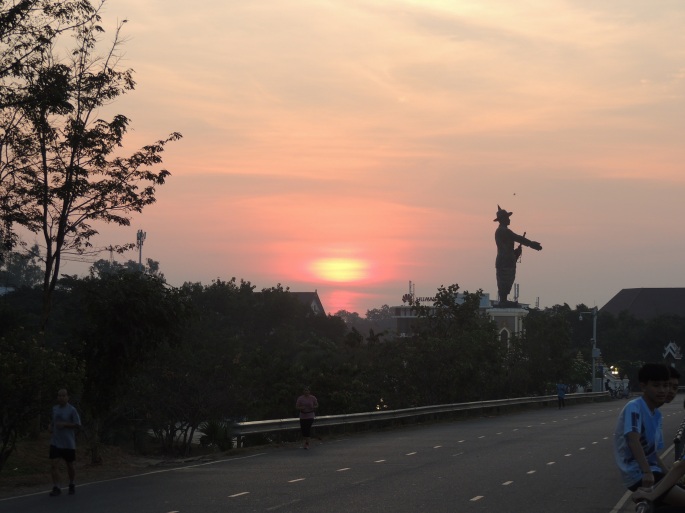 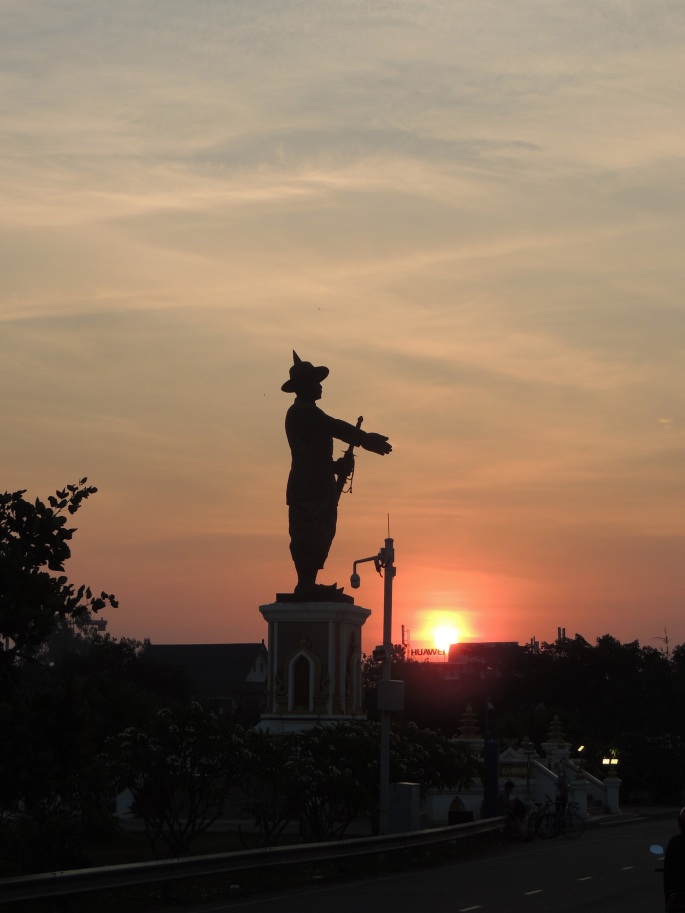 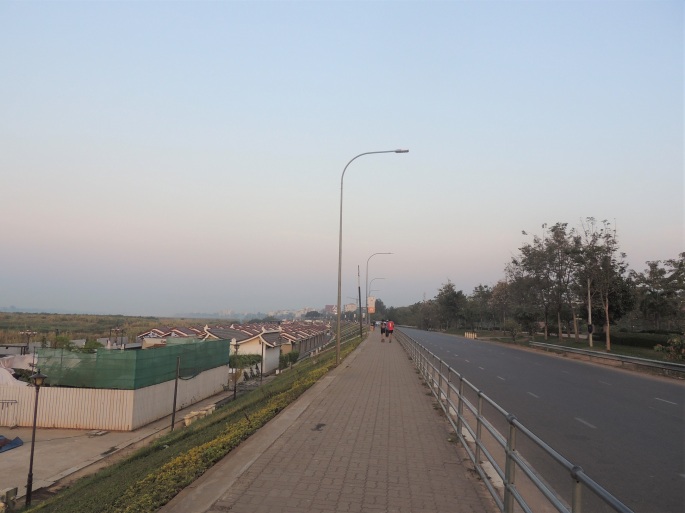 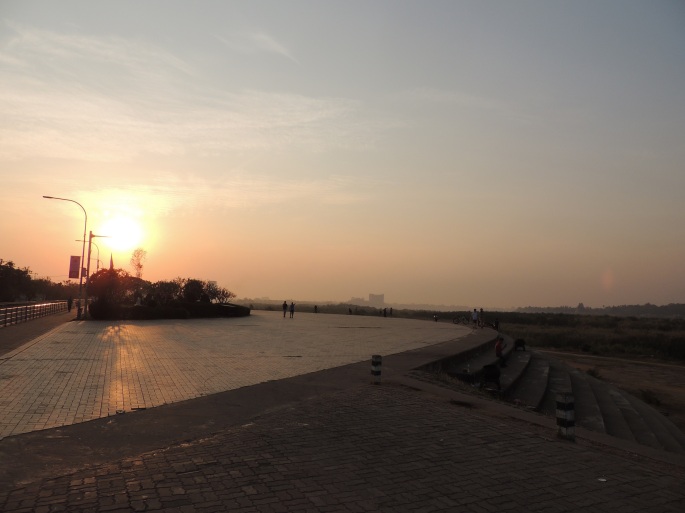 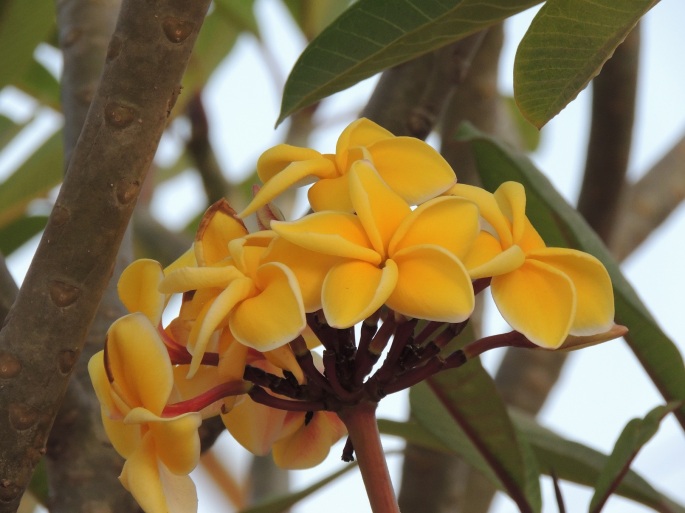 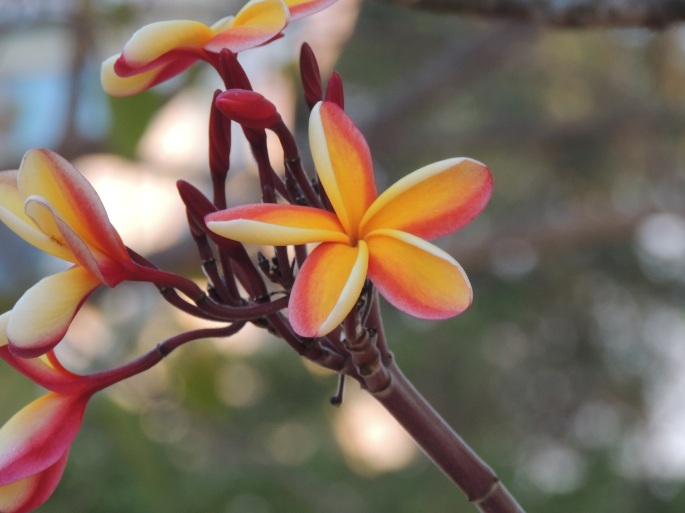 I had booked a Taxi to airport and he dropped me. The Vientiane airport is small but very efficient. I had booked a flight on Lao Airlines and you will be surprised to know that, there is not a single adverse review of this airline. My experience was not different. Even for short flight of less than an hour, they served me with a vegetarian meals.. With all sweet memories of Laos, I left for Hanoi.

अनुक्रमनिका / Index to Recipes and other posts !

57) Bhanole, a savory dish of cabbage